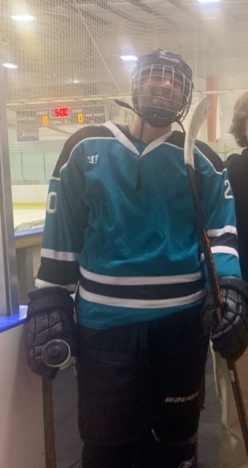 We hold many defining characteristics in common. You and I, the “chosen” few. The free and the brave. By simple virtue of being born under the same flag, there are some undeniable facts we can’t escape–and to escape them would, quite frankly, be a travesty of the highest order.

As Americans, we are eternally proud of our stars and stripes, of the visionaries who punched a tyrannical king square in the teeth and, in the process, gave birth to the world’s greatest experiment.

We are gritty and raw and rough-around-the-edges. We allow a clean shave to burst into patchy stubble and then mercifully surrender to the unkempt perfection of a bushy-ass beard. We let our jeans break down, fade-out, and then fray away to mere shreds…and we relish in our intentional crapulence.

We never use the word ‘never’. We battle each conflict we face down to the final second. We ooze blood from parched and beaten lips, and hobble around on creaky knees that would make Johnny Bench look like a contortionist. But we don’t give up. Ever. And we shower the greatest rewards upon the winners we never imagined being winners in the first place.

So, why the hell do we hate ice hockey? Why don’t we lend even a tiny drop of pigeon shit to a sport that embodies all that we have become in the last few hundred years? I mean, besides the obvious: because it’s kind of Canadian, eh?

Well, I’m sorry, but this sport is uniquely American–if you take a moment to think.

It’s in that extra forearm you shivered in the heart of the crease, with a pile of arms and legs and plastic-armored shins collapsing down like an avalanche on your goaltender.

It’s in the way you clubbed and clawed and punched your way out of that dive bar in the Pennsylvania cornfields after heaping one too many “compliments” on the mother of your bartender.

It’s in the checkerboard patterns of the local dental work, and in the stubborn trickle of red that oozes from the gash you stitched up yourself between line changes.

It’s in the rough-hewn voice of your father or your coach or your Philadelphian grandmother who tells you to get up, to rub some dirt on it, and to get back out there before you’re disowned.

It’s in the lightning-fast droppage of a pair of gloves, and in the craftiness of that goon whose only talent lies in the pulling of a jersey overhead and the frantic swinging of arms.

It’s in the overstuffed handbag of a rookie mother, and how she rams it down a poor slob’s throat when he stands too close to her baby.

It’s in the gentle glide of a half-inch of steel as it hugs the ice, and in the roar of a Detroit-born sports car as it caresses a winding labyrinth of curves.

It’s in a flat piece of vulcanized rubber as it clangs off an iron post, and in the sudden jump of a water bottle knocked sky-high by a top-shelfed wrister as the horn sounds.

It’s in everything we say or do. It’s in the water. In the ice. In our collective DNA. It’s the sparking wheel of the sharpener that lends a crucial edge to the moments we value as Americans. It’s in everything that defines us as a people.

And yet, it’s the only sport that goes unnoticed in neighborhood taverns, in sports bars, at coffee stands, and beside water coolers across this great nation. It’s a sport we’ve somehow labeled as ‘boring’ simply because we’re too lazy to learn the rules.

To put this phenomenon in perspective, I once walked into a sports pub and asked the bartender if he could tune into the Flyers game on one of the TVs. He said, “Do they happen to play in the Premiere League?” I swear, if I’d been holding my trusty Sherwood at that moment, I would have cross-checked that poser out from under the beer tap and been shipped off to the sin bin for at least four minutes.

And it would have been worth it.

For a deeper look, take my experience a month or so ago at a local ice rink where I asked one teen with a pair of skates in her hands what team she follows. She told me, “I’m on Team Damon.” She could have said ‘Team Crosby’ or ‘Team Giroux’ or ‘Team Freaking Smith’ and it would have at least made a scintilla of sense in this context. But no, she decided to say, “Team Damon.”

I mean, what is that? Some TV show about metrosexual vampires from the 1800s? That’s not hockey. That’s nothing at all. But then I gave her the benefit of the doubt. Just for a second. I thought, maybe she’s talking about the New Jersey Devils? But no. She wasn’t. I asked. And she’s never heard of the team. We could have been standing in the middle of freaking Newark and I’ll bet her answer would have been the same.

As a nation, we’ve leveraged ourselves to the hilt. We’ve become consumers of analytically-driven bullshit, like baseball. I remember long ago–way back in 2010–when baseball was a sport played by actual people. Now it’s nothing but a collection of nine robots thrown onto an open field, being orchestrated by a bunch of egg-heads on high–people who’ve never laced up a spike, or swung a bat, or bled a drop of blood on a field of athletic battle. But they have spreadsheets, and that’s apparently all that matters.

I don’t know about you, but I’d rather watch a couple of toddlers play one of those electric football games where all the game pieces vibrate themselves into the grandstand for no apparent reason. Actually, you know what? Don’t get me started on football. I don’t have the time.

It’s time to wake up and smell the Tim Horton’s coffee, people. Ice hockey may have been created by Canadians, but it’s uniquely made for Americans.

True Fan of Hockey and Life

Frank Morelli is the author of the young adult novel, No Sad Songs (2018), a YALSA Quick Picks for Reluctant Readers nominee and winner of an American Fiction Award for best coming of age story. The first book in his debut middle grade series, Please Return To: Norbert M. Finkelstein (2019), is a Book Excellence Award finalist. It provides young readers with a roadmap to end bullying. Morelli’s latest young adult novel, On the Way to Birdland, hit shelves on June 8, 2021. His fiction and essays have appeared in various publications including The Saturday Evening Post, Cobalt Review, Philadelphia Stories, and Highlights Magazine. Connect with him on Twitter @frankmoewriter and on Instagram @frankmorelliauthor.