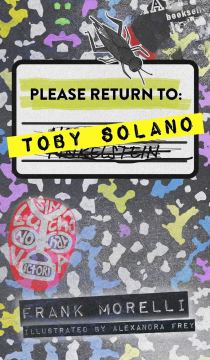 One of the greatest things I unintentionally learned about the joys of writing a book series versus a stand-alone novel is you get a chance to really live with your characters. In the down time between releases, these folks move right in.

And they live there rent free.

Because I’m a generous landlord.

In the ‘Please Return To’ series, I spent the better part of ten years with Norbert M. Finkelstein, the lovable man-child, taking up a massive amount of space inside my skull. So, when it was time to write Book Two, I knew I was overdue for a brand-spanking-new narrator. A middle school student. A bully in his own right, but one who’d like to change if given the chance. A young man named Toby Solano, the fresh face in town who’s trying to navigate a new family structure, a new environment, and a new school all at the same time.

So, naturally, the first thing Toby Solano unloaded on my poor, writhing mind was music. He has interesting tastes, I must say. But I think this playlist I swiped from the virgin ears of my new favorite character will help you get to know him in a flash.

If you’ve never heard of The Fabulous Cadillacs, a legendary ska band out of Mexico City, you’re missing out on life. Perhaps their most famous song, “Matador”, speaks of revolution and using one’s words as weapons instead of one’s fists. It’s a decision Toby Solano is faced with daily as he attempts to blend in with the rest of the student body at Mapleton Middle School.

Not only does Toby’s luchador father find his career crumbling around him at the hands of a cheapshot artist named El Ciclon, but this underrated Cafe Tacuba song includes the lyric “Pero la vida siempre vuelve a su forma circular,” which basically translates to “Life always comes full circle.” A truer statement could not be said of Toby’s new life in his new town.

Track 3 – “Next Year” by Foo Fighters

There’s less than a zero percent chance I’ll ever write a character who can’t relate in some way to Dave Grohl and the Foo Fighters. Toby Solano is no exception. Once he moves to Mapleton, he’s filled with the melancholy of lost friends and traditions from his hometown of El Paso, Texas. He can’t accept his new surroundings. He is lost, and everything feels temporary to him. And yet, Toby Solano will NOT be coming home to El Paso next year or any other year beyond that. He needs to make the best of his new life, if he can ever get out of his own way. 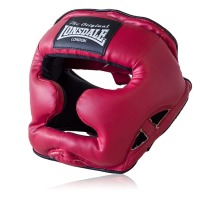 Toby Solano may outsize all of his teammates on the Mapleton Middle School wrestling team, but that doesn’t mean they can’t beat the living crap out of him. Nothing like a little classic Cool J to give Toby the swagger he needs to pin sniveling pipsqueaks like Jimmy Baker and Derek Meeks. This song literally plays in my mind every time Toby sets foot on the wrestling mat.

Like most people I’ve ever met from the Lone Star State, Toby Solano’s heart is made of 100 percent Texas-pride brisket. And though Mapleton might grow on him in time, there’s no doubt Toby would “ride through all of Hell and half of Texas just to hear Willie Nelson sing a country song.” You see, you can take the boy out of Texas, but you can’t take Texas out of the boy.

One of Toby’s most pressing flaws is his inability to control his anger. It’s what landed him in the cruddy town of Mapleton, after all. This lesser-known Nirvana song holds all of Toby’s rage, and even points to his habit of blaming all things for his problems but himself, led by the ultimate in foolish statements, “wouldn’t you believe it…it’s just my luck.” 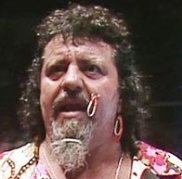 I mean, this song is obvious. You simply can’t be a true professional wrestling fan if you don’t know about Captain Lou Albano of WWF managerial fame, nor if you’ve never heard the legendary song by New Rhythm & Blues Quarter (NRBQ) that celebrates him…whom, by the way, were managed by–you guessed it–Captain Lou Albano. This fact did not elude Toby Solano.

This song is Toby’s anthem. It’s the song that plays in his head when he walks down the street, when he steps in the ring, and when he goes to sleep at night. It’s a song whose lyrics form the basis of how Toby views the time-honored traditions of Lucha Libre wrestling…and it features Toby’s favorite luchador of all time, The Blue Demon. Long live Lucha Libre!

Frank Morelli is the author of the young adult novel, No Sad Songs (2018), a YALSA Quick Picks for Reluctant Readers nominee and winner of an American Fiction Award for best coming of age story. The first book in his debut middle grade series, Please Return To: Norbert M. Finkelstein (2019), provides young readers with a roadmap to end bullying. His fiction and essays have appeared in various publications including The Saturday Evening Post, Cobalt Review, Philadelphia Stories, and Highlights Magazine. Connect with him on Twitter @frankmoewriter and on Instagram @frankmorelliauthor.