The Philadelphia Eagles are on a bye week, which means I have too much time on my hands to think about things that are even less Earth-shattering than NFL football. So, what do I think about?

The stupidity of NFL football.

And let’s face it, football people are measured more accurately on stopwatches than on IQ tests. Don’t get me wrong. I‘m not complaining. It’s not like I tune in every Sunday for rocket science.

To be perfectly honest, I’m here to support athletic stupidity in all its forms. Without it, how would I compile a list with such absurd notions as the ones you’ll see below. Thank you, sweet football, for yet another 20 reasons to spend half my weekend drooling before you. 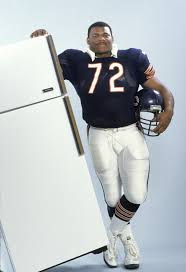 “You guys line up alphabetically by height.”

“I wouldn’t ever set out to hurt anyone deliberately unless it was important — like a league game.”

“I’ve been big ever since I was little.”

On Terry Bradshaw’s brain power…“He couldn’t spell cat if you spotted him the C and the T.”

“Nobody in football should be called a genius. A genius is a guy like Norman Einstein.”

On traveling to Europe…”The people don’t take baths and they don’t speak English. No golf courses, no room service. Who needs it?”

“Well, we’ve determined that we can’t win at home and we can’t win on the road. What we need is a neutral site.”

“The purpose of the center during the snap is to get the ball to the quarterback; and if that doesn’t happen it usually results in a fumble.”

“People say I’ll be drafted in the first round, maybe even higher.”

“Most of my clichés aren’t original.”

“The only thing I got out of football was the ability to work hard, and that’s it.”

“I guarantee a win.”

“If I drop dead tomorrow, at least I’ll know I died in good health.”

“What’s that? Playoffs? Don’t talk about — playoffs?! You kidding me?! Playoffs?! I just hope we can win a game!” (former Saints and Colts coach Jim Mora

“We’re not attempting to circumcise the rules.”